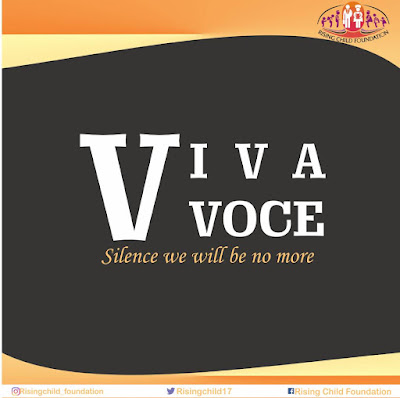 So with fear I hid from my fear. I missed counting stars but I’d rather stay away  from a world whose delight is in bleaking stars. Excuse I give as I hid my shame in the pain of a bleeding heart.

A night came when the truth no longer can I hold, my mum must have known, asked why? “Why build a wall when the world you can build? Why run from that which could have made you”. “The weight is heavy and the pain crushes my spirit”. I managed to utter with my seemingly voiceless voice. “You think so?” She asked. Confusion filled the void within me, as my face squeezes to the sound that seems like mockery. “Isn’t it obvious mum”. Instead of an answer she smiled and with a kiss to the back of my palm she pulled my right hand and wrapped it round hers. Something she must have dropped as I felt a prick to my palm.

Then she said:
“it is not obvious dear, you only choose to see what the world shows you. ‘How?’ I asked. ‘Did I choose to savour in pain’. ‘Yes! You did’, She said as the weight of her word left a scar in my heart. ‘What is in your hand’, she asked. I stared into my palm and said ‘a COWRIE’.
‘No’, she answered. I smiled, mummy the topic money still rings a bell and also grandmother has on countless basis shown it to me as that which was spent in ages past. ‘Humm!’ she said with a smile ‘so it is a cowrie because grandmother said so and your teacher teaches it’. I nodded in agreement but the disappointment I saw on her face makes me want to hide in the thickest forest of the mind. ‘Why?’ She asked. ‘Why did you allow peoples opinion to becloud your judgement, may be if you could just forget what you’ve been told then you will see that which you hold for what it really is’.

Just as a child in the lab practising titration I look closely to see that which I must titrate. Not just with my eyes but an open heart as my inner mind dissect the hard shell that lies in my palm. ‘Eureka’, I shouted, ‘it is a shell. ‘Mum it is a sea shell.’  I cried she smiled. ‘So a shell is what is being used as money in ages past’. ‘Not just money’ she said as she snatched the object from me with love. ‘Shells can be used for different things depending on what you seem to see. Some use it as money because of the believe that it is rare and must be hold dear. Some sees it as a tool for divination while to some it is a musical instrument and to some it is an ornament.
What set all these apart is what is seen when you look at it but you should know; no two people sees alike.

Your view will always differ but will never take away the true essence of that which is being observed.
‘Humm!’ I sighed. ‘Honey you are no shell but quite precious than one, however you have allowed your essence to be dictated to you and instead of showing off with pride that which you are. You allowed the world’s opinion to make you inferior. So I ask again why build a wall when the world you can’. I opened my mouth to utter a word in defence but she cut me off. ‘Don’t tell me you had no choice because you chose between running from your fear and facing it.

Truth need be told, there is no one way to life and if you don’t have the life you wanted create it. Yes, pain is needed to survive and live but you have the power to choose that which hurt you, Only that you will be a fool to let what hurt you stops you. So instead of hiding from your fear why not face it. Mean not to impose but you should know you are who you are because you chose it. A shell or cowrie its all in your hand.”