– The Bill and Melinda Gates Foundation is boosting rice
production in Nigeria by funding agriculture
– This is expected to make Nigeria self-sufficient in food
production
– It denied the claim that Nigeria was distributing
genetically-modified rice as claimed by Radio Biafra
With the price of rice hitting the roof in recent times,
Nigeria can expect relief as the Bill and Melinda Gates
Foundation revealed that it was funding six agricultural
commodities value chains with emphasis on rice
production.
The Punch reports that in a bid to ensure food sufficient
in Nigeria. Yam production was also included in the
project.
Dr Audu Grema who is the senior programme officer,
agriculture in the West African office of the foundation
revealed this on Tuesday, September 13 in Abuja.
He said Nigeria will soon be self-sufficient in rice
production and listed some agricultural projects of the
foundation to include CARI-Project (rice) which was
aimed at improving rice production productivity, pest
control, and variety enhancement.
Bill Gates is funding six agricultural commodities value
chains with emphasis on rice production.
Grema said this project was being implemented in Cross
River, Niger, Kebbi, Jigawa, Kano, Plateau Edo and Ebonyi
states.
He explained that the Cassava Value Addition Project was
based in Abeokuta at the University of Agriculture.
“We also have a big yam project where we are working
with private farms around Abuja, Kaduna, Niger, Ibadan,
Abeokuta, Akure to enhance yam propagation technology
through seeds.
“We have a huge portfolio of agricultural investments in
Nigeria. We are work on maize, rice, yam, cassava and
crop-livestock interface.
“We have four strategic cassava investments that we
think are critical that we are funding across Nigeria.
“In agriculture, we do not approve projects except if it
has a small holder connection.
“Anything we fund must have a connection with
enhancing the status of small scale farmers.”
He explained that the foundation was also working in
public health, integrated vaccine delivery, routine
immunisation revival across many states.
On the reports that the richest man in the world was a
major propagator of Genetically Modified Organisms, the
programme officer refuted the claim.
He said: “Gates has no interest to promote agribusiness,
so we are denying that we did not bring GMOs into
Nigeria.
“Bill and Melinda Gates are not farmers; they are not into
agricultural services; so, to think they will promote GMOs
just to promote their businesses interest is very wrong.
“I will be in complete denial that we have nothing to do
with these big commercial agricultural farms that have
been cited in some of the articles in Nigeria.
“The foundation does not have anything to do with GMOs
even in Nigeria and abroad.
“No connection with the big industrial agricultural
concerns which people are alluding to.
“People making such assertions are morally wrong.”
He applauded the Ministry of Agriculture and Rural
Development for the Green Alternative and said this will
fight poverty and boost food security.
The rumour that the federal government in conjunction
with Dangote was going to circulate genetically modified
rice first appeared in Radio Biafra and other Biafra related
pages where they claimed that the rice was aimed at
killing Nigerians.
In a statement issued on September 3, Radfo Biafra
claimed that “Dangote and Nigerian government have
flooded Nigerian market with GMO rice, please note:
eating GMO rice is as worst as eating rice laced with rat
poison popularly known as sniper in Nigeria, that is
extremely dangerous to human body.”
The government denied the rumour and explained that the
agreement with Dangote was actually signed during
administration of Goodluck Jonathan in 2014and in 2016,
Dangote “cultivated over 8,000 hectares in Hadejia,
Jigawa state, creating over 10,000 direct and indirect jobs
for farmers who are the major beneficiaries of the
scheme.” 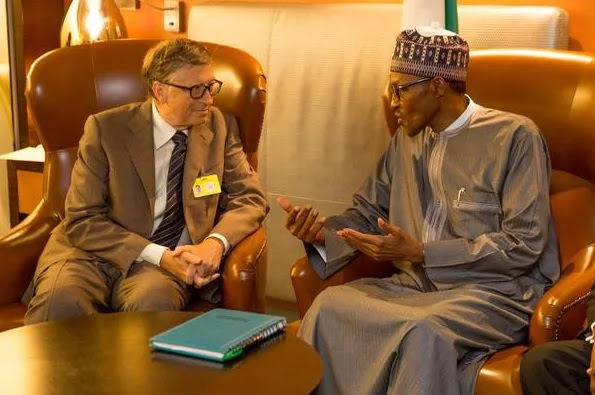