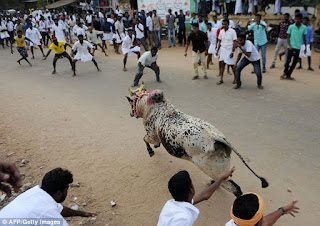 Two people have been gored to death in a bull-wrestling festival in southern India, a day after a ban on the controversial sport was overturned. Several towns and villages in the southern state of Tamil Nadu celebrated the popular Jallikattu festival after week-long protests prompted authorities to approve an executive order lifting a Supreme Court ban on it.

But rampaging bulls sprinting through the village of Rapoosal in Pudukottai district fatally gored the two victims and injured 28 others, the Press Trust of India cited local police as saying. 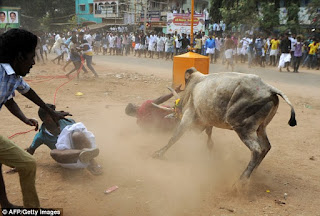