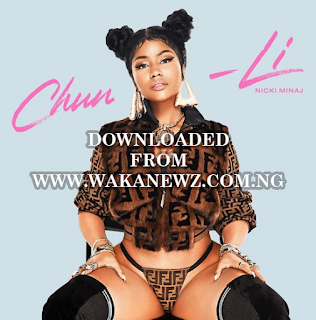 Nicki Minaj has been away from social media since December, 2017, reportedly to focus on her upcoming fourth studio album. But she returned two days ago with a cryptic tweet titled “4” which she quickly deleted soon after.
A few hours later, Nicki Minaj made it official as she took to her Instagram page to announce the two new singles ‘ Barbie Tingz ’ and ‘ Chun-Li ’.
As expected, Nicki has finally liberated the come back singles one of which is titled “ Chun-Li ”. And we assumed it seems to be inspired by the character in Capcom’s Street Fighter series. In a cut produced by J Reid, peep the new cut below and share your thoughts.
Stream/Download Nicki Minaj Chun-Li Mp3 by Nicki Minaj below:-
DOWNLOAD SONG
Sending