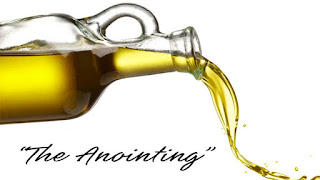 I am barely 10 months into my marriage but I am finding it hard to cope with my husband’s sexual prowess and strange behaviour.I met him in the church as a deacon many years back and he was a dedicated member.The first day he professed his love to me during our ministry’s 10th anniversary, I didn’t think twice before I accepted him, because he was known to be my G.O’s right hand man owing to his dedication to the work of God.Surprisingly, since we go married, whenever my husband wants to make love to me, he would rub a strong liquid, which he claims to be anointing oil, on his manhood.Whenever we are done making love, I will be feeling some strange movements in my womb, like ants. I would be having stomach aches for days.Each time I complained, he would tell me the oil is performing wonders in my womb.The last time, I asked him to tell me the origin of the anointing oil or he won’t make love to me, he said our G.O gave it to him, that it has been blessed.He claimed the holy oil would help me get triplet. As we speak, I only see my period twice in five months.When I told him I will no longer take it, he left home angrily for six days and his phones have been switched off.I am sorry for bringing my family issue to the public but I am confused, what do I do?