Home » Must Read: Olamide About to go down in history (2017 reveals) 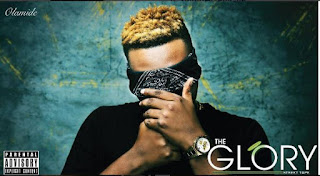 Olamide’s latest album titled The Glory should be tagged the worst album of the year..        From the first track to the last track is pure waste of time, Olamide himself knows that his on the verge of losing his fans that’s why he decided to drop his so called pure rap album, which to me is a total failure.

Olamide is a talented artist and knows what to give street anytime any day but seems his luck has outrun him because the street did not really welcome his new album, they are tired of listening to his normal pattern of music..

Olamide also made some huge mistakes in the tracks, i guess he was over confident of the tracks before recording them which actually made the tracks look like an upcoming artiste tracks….

Look at reminisce he has been in the game long before Olamide and still he gives us better music compared to Olamide, reminisce latest album was not really hyped before the release but after the release his fans realized reminisce is here to stay for long because he makes good music.
Music is not all about awards and accomplishment but also your ability to keep your A game up in the industry in order to make your fans happy and increase your fan baze.
If Olamide wants to last long in the music industry he better put on his A game because if he fails to do so he might lose his fans this year.