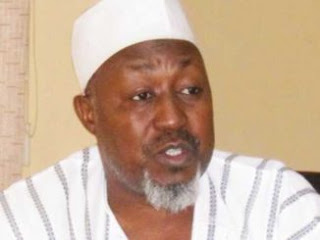 Jigawa Gov. Alhaji Badaru AbubakarThe Jigawa State Government on Wednesday has demolished places of worship in the state including the Redeemed Christian Church of God (RCCG), and Lord Chosen Church in Dutse.

This is coming barely 1 week after Pastor Enoch Adeboye resigned as Redeemed Church General overseer in Nigeria over a law by the Financial Reporting Council of Nigeria (FRCN) which stiputed 20-year maximum tenure for heads of religious groups and civil rights organisations.

Explaning why the churches were demolished, the Executive Secretary of Urban Development Board, Alhaji Garba Isa in Jigawa stated that the churches were built without permission as required by law.
He said that because of the sensitivity of the matter, the board met with the leadership of the Christian Association of Nigeria (CAN), Jigawa chapter, emirate councils and the Ministry of Justice, among others.
agency of government,” he said.
He said that six structures had been earmarked for demolition and would be done in batches.
According to Isa, the development control department under his agency had the mandate to pull down any illegal structure in the state capital and urban towns.