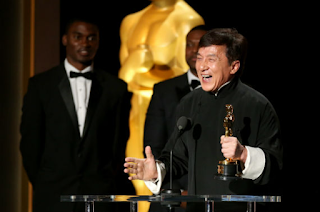 62-year-old Chinese actor and martial arts star Jackie Chan was the recipient of an honorary Oscar at the 2016 Governors Awards in Los Angeles, California on Saturday. Chan, who has never been nominated for an Academy Award during his 54-year career, finally received the Oscar at the awards ceremony, which is hosted by the American Academy of Motion Picture Arts and Sciences in Hollywood. 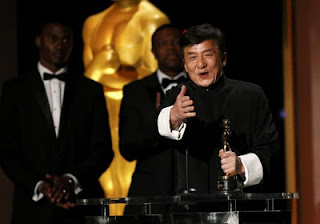 The honorary Oscar was awarded for lifetime achievement in the field of acting.