Home » Hushpuppi is Nigeriaâs most-wanted hacker. He has a case to answer- EFCC says 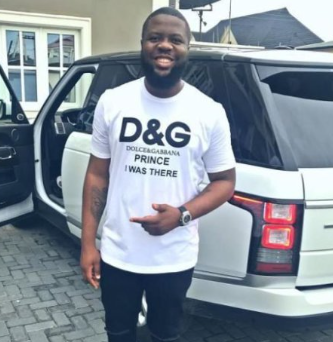 The Economic and Financial Crimes Commission (EFCC) has described Hushpuppi as “Nigeria’s most-wanted hacker” who has a case to answer with the agency. In a statement released today June 18 by its spokesperson, Dele Oyewale, the agency said it is working with the FBI to trace the victims of Hushpuppi’s alleged fraudulent transactions as well as trace other fraudsters that might have direct involvement with him. The statement reads; ”Nigerian most-wanted hacker, Ramoni Igbalode, alias Ray hushpuppy, recently arrested by the International Police( Interpol) and the Federal Bureau of Investigation( FBI), has considerable cases of cyber crimes being investigated by the Economic and Financial Crimes Commission( EFCC).The Commission is familiar with grisly details of his money laundering transactions, involving many high-profile cyber criminals facing trial in Nigeria.The Commission is engaging with the FBI in tracing victims of his fraudulent transactions and other fraudsters having direct involvement with him. Local cyber criminals with money laundering networks with him, are also being investigated.” Hushpuppi was arrested on Wednesday, June 10, 2020 in the United Arab Emirates in connection with an alleged $35million ventilator scam. He is still being held in DubaiThe post Hushpuppi is Nigerias most-wanted hacker. He has a case to answer- EFCC says appeared first on Linda Ikeji Blog.