Girls just wanna have fun! Now that Barack Obama daughter Sasha obama is out of office as US President, his daughter, Sasha can go back to being a regular teenager with her friends, and she isn’t wasting any time!

Sasha Obama, the stunning 18-year-old daughter of President Barrack Obama, who is done taking her school exams, was pictured as she stepped out with a group of her best friends, where she strutted her flawless beach body around the coast of Miami on Sunday.
Normally the President’s daughter is always dressed so formally for up-scale events, but now that Barack Obama has moved out of the White House, the teenager is free to let her hair down, and she didn’t waste any time getting out of Washington D.C with her friends.
See more photos of the ebony beauty and her pals at the beach below; 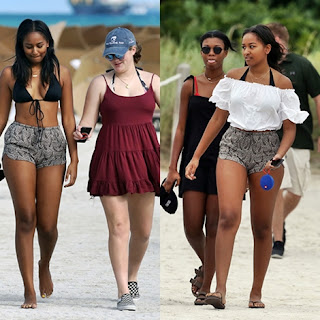 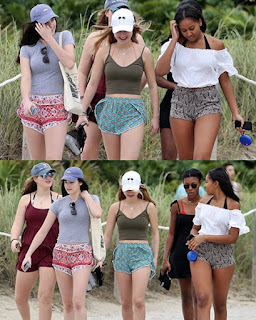 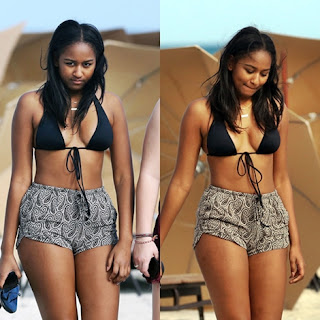 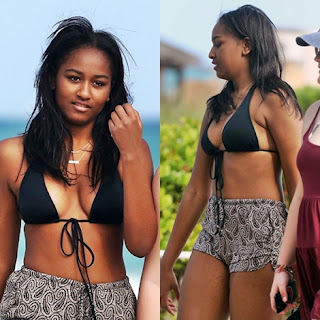 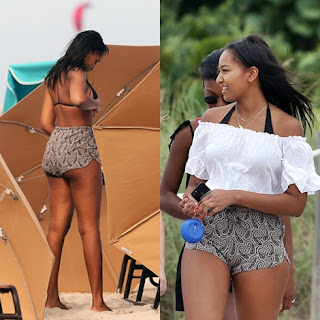 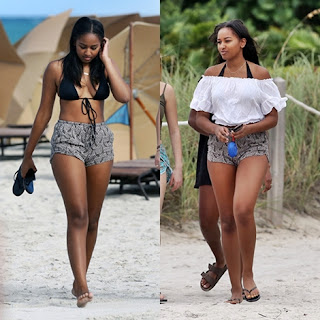