head of January 14 relaunch, MMM introduces Bitcoin
Ahead of its January 14, relaunch, popular MMM Nigeria has said it is introducing Bitcoin, the 2016 world’s best performing currency, as its means of payment.
The surging digital currency tipped to become a new safe haven asset as the world grapples with growing economic uncertainty, neared its all-time high on Thursday, January 5. 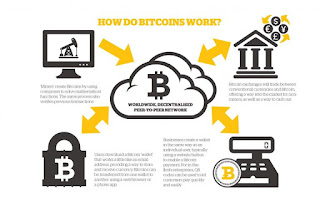 Although hopes among the particiP@nts of the ponzi scheme are still high in Nigeria, many have continued to turn to Bitcoin which had been there but had little patronage like it was with the ponzi scheme.
Before MMM froze the accounts of its members, particiP@nts were allowed to provide help in bitcoin, but they were paid back in Naira.
However, the new plan allows particiP@nts to receive payment in bitcoin, and watch their monies grow in bitcoin.
MMM in a statement on its Facebook page to particiP@nts on Sunday, January 8, said: “Due to the recent sharp price fluctuations of Bitcoin, MAVRO-BTC is being introduced in the system”.
“So far, we have only had Mavro-Naira in the System. Even though you provided help via Bitcoin, your Bitcoins, anyway, were recalculated into the Nigerian Naira at the exchange rate at the moment of providing help, and you were credited with Mavro-Naira in your PO,” the statement read.
“It was the naira amount that grew. In other words you received 30% a month specifically in the naira (not in Bitcoins, although you originally provided help using Bitcoins).
“Now, you have a chance to have 30% growth of the Bitcoin amount, not the naira amount. So, acquire MAVRO-BTC which will be credited in your PO and will grow at a 30% monthly growth rate. In a month not only 30% will be added to your initial amount, but it can increase itself due to Bitcoin price growth.
“And what if Bitcoin price is going to fall? In case Bitcoin price might go down, you will be able to return to naira at any time — instantly convert your MAVRO-BTC into Mavro-Naira (and vice versa, if Bitcoin price might increase again). This option is available in PO. You can convert both confirmed and unconfirmed Mavro.
“We hope that with implementing MAVRO-BTC, your participation in MMM will become more comfortable!”
n a related development, MMM Nigeria has urged its users to start promoting the scheme ahead of January 14 comeback.
MMM encouraged particiP@nts to perform what it called “Promo Tasks: A New Tool for MMM Community Development.”