Italian manager Maurizio Sarri claims that Chelsea will only need to be adding “one or two” players to the club in the summer window which could only happen if their impose transfer ban is lifted.
FIFA landed the London club a one-year transfer ban during the week having been found guilty breaking the laws on the transfer and registration of young players below the age of 18 abroad.

The Blues, however, denied all the FIFA charges and claimed that they will be taking an appeal to Court of Arbitration for Sport.
Currently as it is, the London club will not be signing any new player to the club this transfer window. Chelsea manager Sarri does not believe he needs to sign up to 10 players in the summer to meet up to the top two clubs in the Premier League.

Talking in an Interview as per ESPN, the Italian manager said: “I don’t believe when you buy 10 players. I think we have to buy only one or two players.
“It’s very difficult to cover the gap at the moment. We need to work, probably we need to do something from the market. It’s not easy, because the level of the top two is very, very high.

“Otherwise it’s very difficult to improve immediately. I think we are a very good team, so we need only one, two players, no more.”
Christian Pulisic will be expected to join the Blues at the end of the season after the club completed and agreed on a transfer deal from Borussia Dortmund during the January winter transfer window.
Chelsea currently sit in the third position in the Premier League having secured a top four spot in their last match against Watford, the Blues will then be traveling to Leicester city on Sunday for their last English Top Flight game. 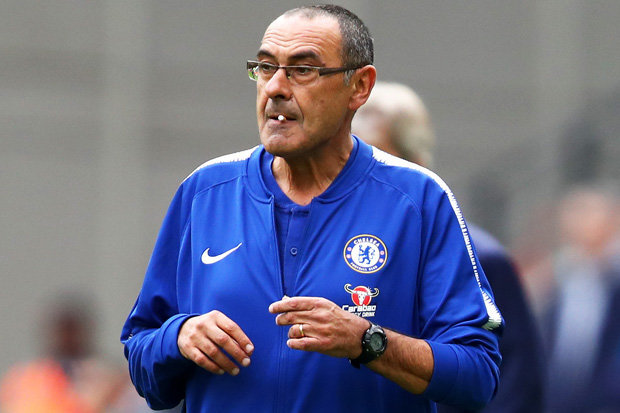 ALSO READ  (Short Story) The Other Room By Mr Kiddah

Wed May 15 , 2019
BARCELONA star Lionel Messi has reportedly upped the ante on who the club should sign this summer. The Argentina ace is believed to remain angry at the manner of Barcelona’s exit from the Champions League earlier this month and changes are afoot. Messi and co sacrificed a 3-0 first leg lead […]